5 Top findings from new study on Hispanics in America

Nearly 53 million Latinos live in America and represent the nation’s largest ethnic minority. Where do they stand on issues of immigration, language, worship and work? A new study— Barna: Hispanics— finds out.

The study—a collaboration among American Bible Society, the National Hispanic Christian Leadership Conference, OneHope and Barna Group—shows that Hispanics agree on the importance of successfully integrating into America. But various factors, including language and work, have a bearing on that success.

We’ve culled the research and deliver our top 5 findings:

Although these survey results show consensus on some key issues, Hispanics are a diverse group of cultures, said Clint Jenkin, vice president of research at Barna Group.

“When we dig into the data, we find diverse attitudes and behaviors that reflect this complexity,” said Jenkin. Language preference, nation of origin and acculturation levels all influence how Hispanics engage with broader American culture.

For more information on the study, visit Barna’s website. 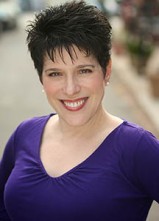 Maria Wolf is an editor at American Bible Society and has more than 20 years of experience as a journalist. She is a classically trained soprano who uses her gift of music to minister to the congregations of St. Gertrude in West Conshohocken, Pa., and Mother of Divine Providence in King of Prussia, Pa.

“May the LORD our God be with us as he was with our ancestors; may he never leave us or abandon us; may he make us obedient to him, so that we will always live as he wants us to live.”