This is the first Bible I have ever received

Sowing seeds of hope where Christianity was nearly eradicated 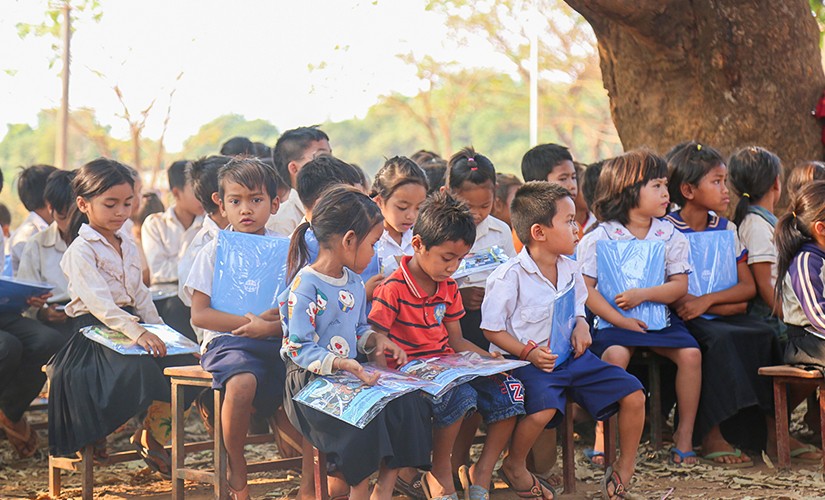 Cambodia has a dark and painful history. As many as 2 million people — even entire families — died by execution, starvation, disease, and overwork from 1975-79 under the Khmer Rouge. Buddhism became the state religion, promoted in schools, holiday observances, and religious training.

Currently, less than two percent of the population is Christian. But through your kindness, that number is changing.

In the midst of heartache, poverty, and frustration, 15-year-old Davuth* worried about his future. His father left when he was very young. His mother remarried, but their family of five remained extremely poor. Like the others in his rural village, Davuth farms in order to grow enough food to survive.

At school, Davuth heard that people would be giving away Bibles the next day in a nearby village. That morning, he borrowed a motorbike so that he and his two siblings could make the trip in time, before the Bibles were all gone.

“When I received the Bible and other materials, I was so excited. This is the first Bible that I have ever received,” Davuth said with a bright smile. Now, Davuth reads his Bible regularly to understand more about Jesus Christ and His sacrifice for all.

Thanks to the support of our generous partners, Davuth and many children in his village are hearing the Gospel of Jesus Christ.

The East Lisu people in rural China are learning how to read God's Word in the language of their hearts.

Now Jeremiah can say, "I love Jesus, and I want to follow him every day"

How God Appeared to a Poor Farmer and his Family

In Central Asia, an audio Bible transformed one man and his family forever.