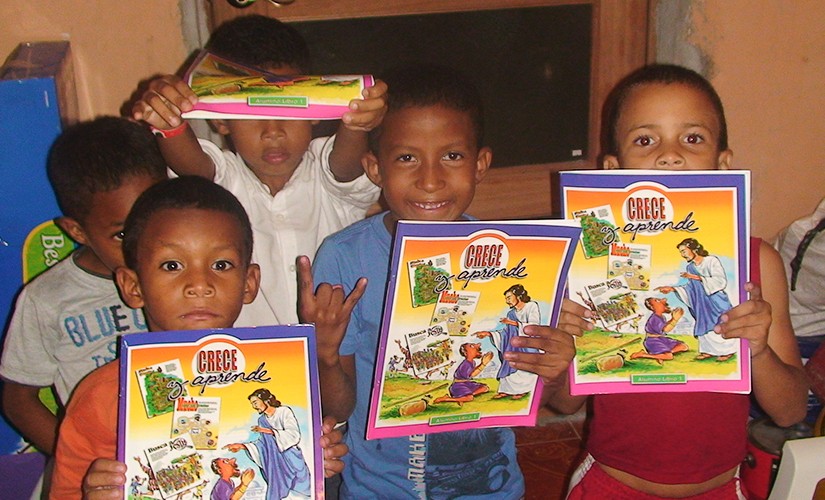 There was nothing for Carlos* to go home to . . . except brutal beatings.

The young boy’s stepfather beat him viciously and repeatedly. One time it was so bad that Carlos ended up in the hospital. After that, he fled home to live on the streets in the slums of Panama.

The streets were no better place for a boy. Carlos fought to survive and got caught up in crime, more violence, and jail time.

Carlos didn’t have much of a future. “I did not tell anyone, but I wanted help,” he says. Thanks to the generous support of American Bible Society friends, Carlos did find something that gave him hope.

Carlos met God in a Bible someone gave him on the streets!

“They were having a street activity. I passed by and let them pray for me and got the Bible,” Carlos explains. “There I found safety and learned to forgive those who have wronged me.”

From Scripture, Carlos learned about his Heavenly Father who loves him.

Without Scripture, Carlos says he would have probably ended up in jail or living on the streets. But God’s Word gave Carlos hope and a future.

“The Bible taught me to speak from my heart to Jesus. He always helps me. This Bible is everything to me . . . Now I want to finish my schooling to be a responsible young man.”

Unfortunately, so many children in Panama are vulnerable to violence and crime just like Carlos. The Bibles our partners provide offer at-risk children hope, and we are thankful for their continued care and faithfulness.

Where murder rates are high, at-risk youth have hope for a better life.

Your prayers and support can bring hope today.

Help and Hope for Haiti