Giving the healing and hope of Scripture to survivors of brutality in Colombia. 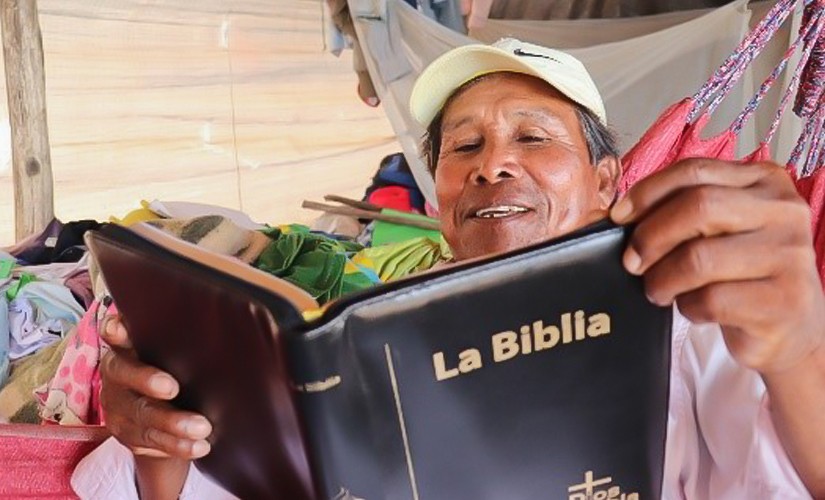 In the early dawn hours of July 1997, a group of savage paramilitary members surrounded a small, quiet village in Colombia. The horror that happened next was so brutal that the memories still haunt people in the region nearly 25 years later.

For five days, the people of Mapiripán faced inhuman violence from their attackers, and cries for help were ignored. Some fortunate families were able to flee and ran for their lives.

Hector* and his family are among the lucky who escaped. However, they lost their home and, as Christians, are still targets for persecution. The reign of terror continues in the region, as women are assaulted by paramilitary members, while sons and daughters are forced into service as soldiers by guerrilla forces.

Today, Hector is a widower with four children, and their lives are not easy.

“When my wife died, the conflict displaced us. Now we are in this new land. I had to go to save my children and not give them to the guerrillas,” he says. “We were in bad shape because we had no home or church. We had nothing.”

“God taught us to forgive, and we forgive as He forgives us,” Hector shares. The father says he not only received his very own Bible but was able to attend sessions that gave him practical lessons on healing and forgiveness.

God’s Word has power to provide hope and healing in even the most painful circumstances. We are thankful to our generous financial partners for providing God’s Word with hurting people in Colombia and around the world.

If not for Bible-based trauma healing, Raul might be in a gang today.

“We have a lot of children in the church who want a Bible,” a pastor says