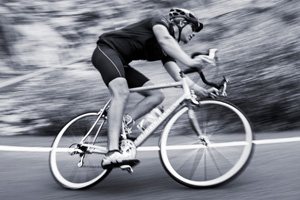 Little more than a month ago, eight cyclists began a 2,000-mile journey up the East Coast on the She's My Sister™ Bike Tour, sponsored by American Bible Society. This tour is designed to bring trauma care to 50,000 Congolese women.

In the past month, the cyclists have traveled all the way from Florida to Savannah, Ga., Myrtle Beach, S.C., Raleigh, N.C., and Lynchburg, Va., up to Lancaster, Pa. Since departing from Daytona Beach May 27, the team members have chronicled their experiences on Facebook, Twitter and their blog.

By no means has the trip been uneventful. Along the way, the bikers contended with road detours, persevered through faulty directions, endured the piercing glare of buzzards and were even chased by dogs.

In New York, the bikers were interviewed by Al Roker on the TODAY show, proclaiming the mission of the Bike Tour to millions of Americans.

Despite these challenges, Bryan Dougan, who is the cyclist support vehicle driver, spoke enthusiastically about the experience. “I'm having difficulty putting into words how God is doing amazing things. … I've become speechless. Only God can seem to do this since we know few people can actually accomplish this feat.”

Lewie Briggs, 22, conceived the She's My Sister Bike Tour last year after traveling to the Congo. The women and children he met inspired him to spread the word about their plight. American Bible Society, in partnership with other faith-based groups, is doing its part through trauma healing – a Scripture-based program designed to help survivors recover spiritually, emotionally and physically.

“The Bike Tour is introducing people to the connection between Scripture and trauma healing,” says Peter Edman, communications manager for the DRC initiative. “Scripture plays both a healing and a restoring role against these horrors. It provides a framework for justice and forgiveness and the hope that is desperately needed.”

“We thought about calling this tour ‘From Horror to Hope,'” adds John Walter, director of She's My Sister, “because that’s often the journey for victims of injustice who encounter Christ. The commitment of these cyclists to the full message of the Bible is right there for everyone to see as they make their way up the East Coast. They are the 21st century faces of Christ, longing and working for healing and restoration of individuals and communities.”

In their travels, the team also intends to recruit advocates. These advocates pledge to take the 40-day “Least of These” Journey, one of a wide array of ABS Scripture devotionals delivered by cell phone, e-mail or online. Advocates also spread the word about She's My Sister and donate to the cause.

To learn more about ABS's initiative in the Congo, becoming an advocate or taking a Journey through Scripture, check out the She's My Sister and Bike Tour sites. Help the team reach its $500,000 goal by making a donation.

The tour is scheduled to conclude July 3 in Portland, Maine.

In Botswana, a new translation of the Old Testament is helping the Kalanga people come to know and obey God.

3 Free Resources That Equip You with Trauma Healing Basics

On National PTSD Awareness Day, learn how you can help people begin a journey of healing

A Bible for heroes!