“It was a party when we received our full Bible.”

Bringing the Bible to people in Paraguay in their heart language 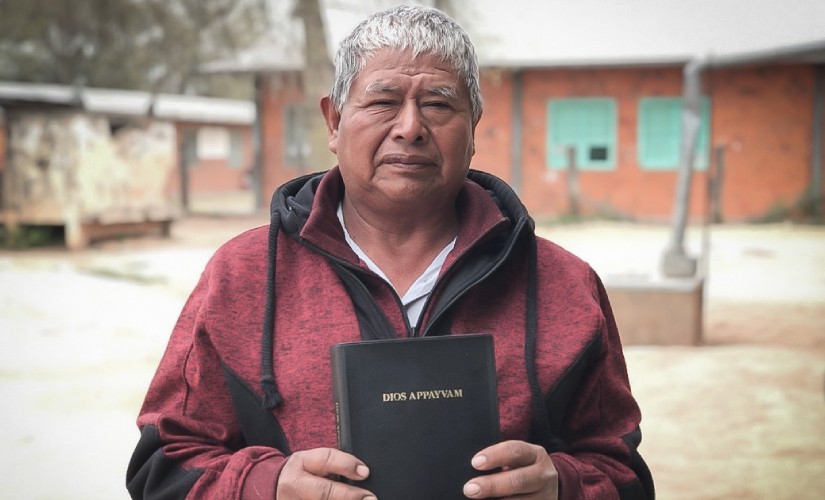 Ramon* grew up in a Christian household in Paraguay, but it wasn’t until he received his own Bible, as a teenager, that he truly understood the power of God’s Word.

At first, he received a Bible in Spanish, which was a little hard to understand. However, when Ramon was given a Bible in his own dialect, it revealed God to him in a new and more powerful way.

“It was a party when we received our full Bible,” he recalls. “We were all very happy.”

Ramon explains why: “When I am reading in my dialect, it is very different. The Bible in my language has a very special value because it is God speaking in my own language. By having a text that we can read and understand, we can obey God’s commandments and announce to others the Kingdom of Heaven.”

Ramon wanted to share the hope of God’s Word, so he went to Bible school. While there, tragedy struck. “The hardest thing that has happened to me was when my wife became seriously ill and then died,” he recalls.

During that difficult time in his life, Ramon says God’s Word gave him comfort and lifted him up.

“Knowing that the next generation will be able to read and understand better or clearly the Word of God motivates me to continue preaching,” Ramon says.

Ministers like Ramon are using the Bibles provided by generous partners in their heart language to influence a generation in Paraguay for Christ!

The Hope of God’s Word Changes Lives in Peru

A Quechua Bible means Bonifacia can read about God in her heart language.